Bangkok, the capital city of Thailand has many options for explorers to give a myriad of experiences. Between its bright lights, exotic food, along with different temples to see, there is a little bit of something for everyone in this city. The city has its own natural sites, beautiful locations, and cultural attractions that entice many tourists to visit this destination. You must be wondering what to see in Bangkok when you reach there!

For centuries Buddhism has established itself in Thailand and has enriched the lives of the Thais in all aspects. Indeed, the famous temples depict Buddhism. The amazing temples have many compelling factors that attract foreigners in large numbers.

Thailand welcomes tourists from all over the world and demonstrates its heritage through art and culture. However, when the tourists see the beautiful and glowing temples, they connect it to Buddhism. The art and culture are visible especially in the multitudes of Wats and Buddhist monasteries across Thailand. Let’s look at a few popular temples to visit in Bangkok.

Wat Phra Kaew temple or Wat Phra Sri Rattan Satsadaram is a historic and important Buddhist temple in Thailand. It is regarded as the most sacred Buddhist temple in Thailand situated in Phra Nakhon District, a historic center of Bangkok, within the grounds of the Grand Palace. It enshrines the Emerald Buddha. The image of Buddha is precisely imprinted on a single block of an ornamental mineral called Jade. Lord Buddha sits in meditative posture inside the temple, a style of LanNa School of northern Thailand from the 15th century. 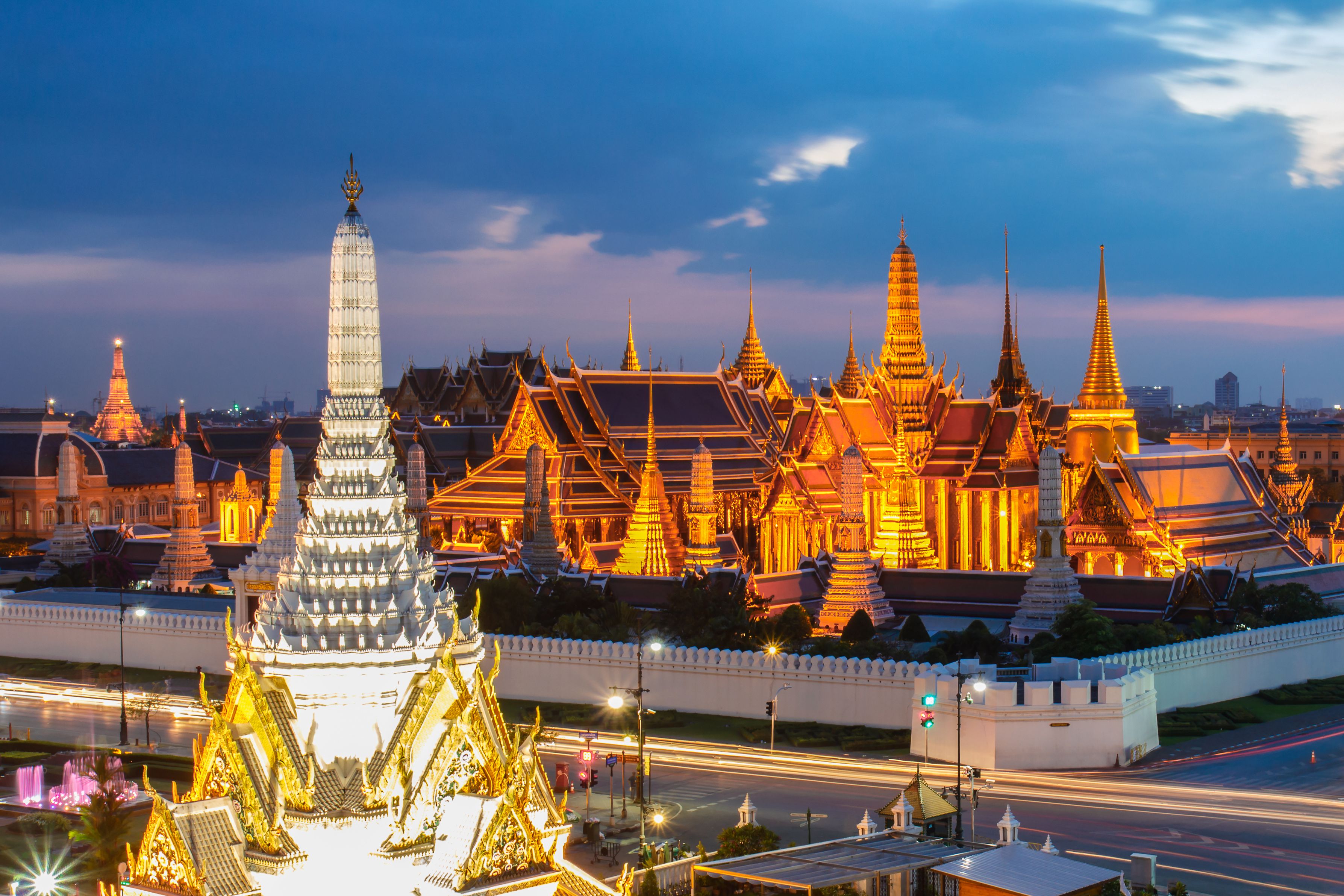 The artistry and dexterity of the temple are phenomenal. You will find traditional ambiance inside the temple. Thailand’s art, cultural and historical backgrounds have shaped it into a country filled with amazing contrasts with diversity.

The temple is considered as the crown jewel of Thailand. You will surely experience the rich history and be mesmerized by the sumptuous decorations  all around the temple.

No foot-wears, photos, and videos are allowed inside the temple. The entrance fee is 200 baht.

Wat Pho is one of the largest and oldest Buddhist temples in Bangkok. It is named after a monastery in India where Lord Buddha was believed to have lived. The height of the Buddha statue is 15 meters and the length is 43 meters covered with gold leaf and baring. The foot is 5 meters long covered with delicate nacre (Mother of Pearl) of auspicious characteristics. It refers to the 108 positive actions and symbols that lead Buddha to impeccability. The reclining Buddha is the most highlighting part for many foreigners. 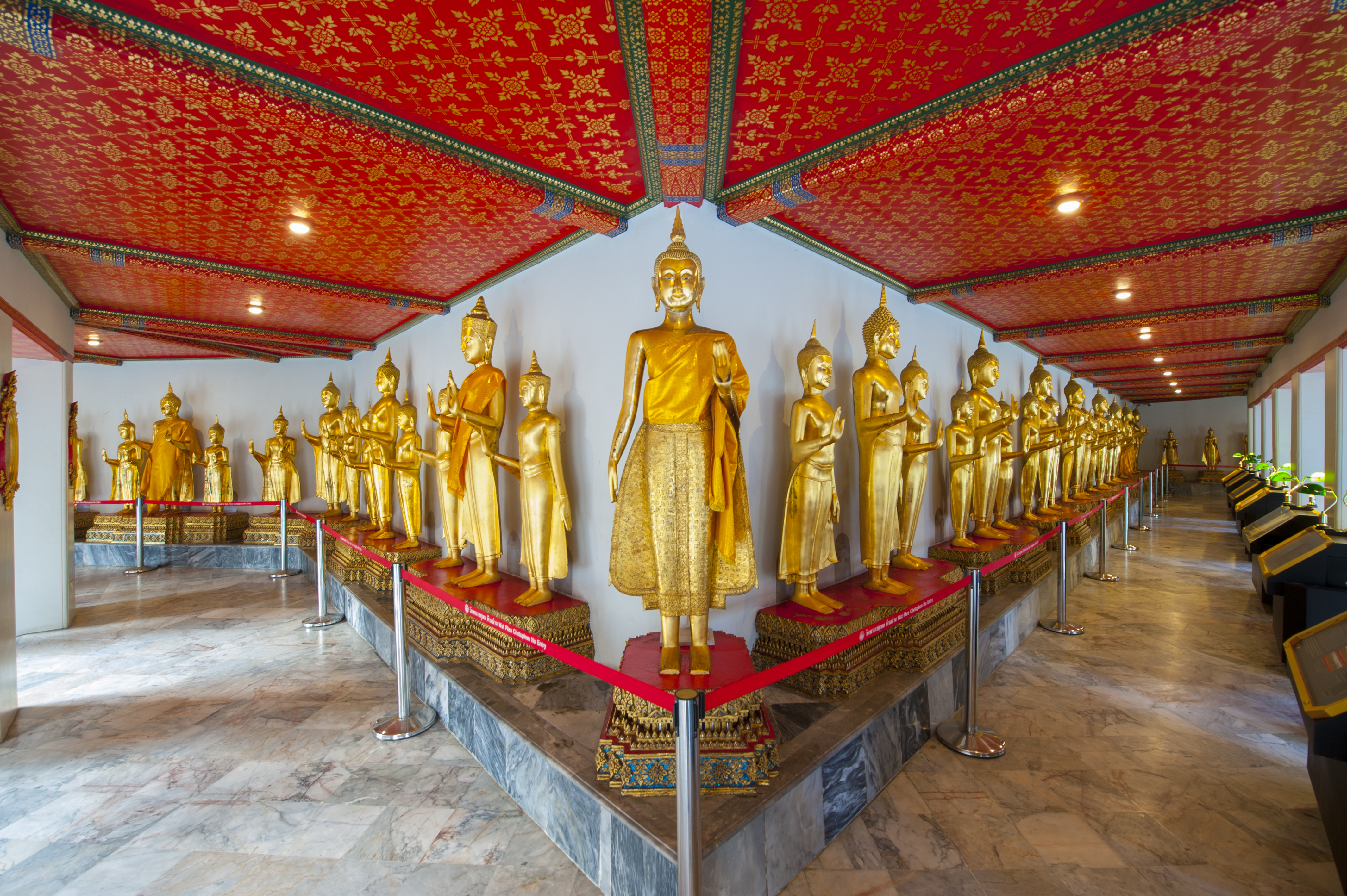 ‘Wat Phra Chettuphon Wimon Mangkhlaram Ratchaworamahawihan’ is the full name of the temple. Wat Pho also has thousand Buddha images and 91 stupas adjacent to the grand palace. These impressive stupas are dedicated to four Chakri kings.

It is compulsory to wear appropriate clothing to go inside the temple. The cloth should not expose shoulders and skin above the knee.

Wat Pho is also a place for Traditional massage. Earlier it was the first public university in the country, but now is more known as the center for traditional massage and medicine. Thai massage is taught in an open-air hall outside the temple at the Traditional Medical Practitioners Association Centre (TMPAC).

Wat Traimit is one of the best temples to see in Bangkok, located at Chinatown’s Yaowarat Road. Wat Traimit houses the world’s largest gold seated Buddha of 5 meters height and a weight of approximately 500 kg. It makes an interesting sight when you come across this golden beauty. 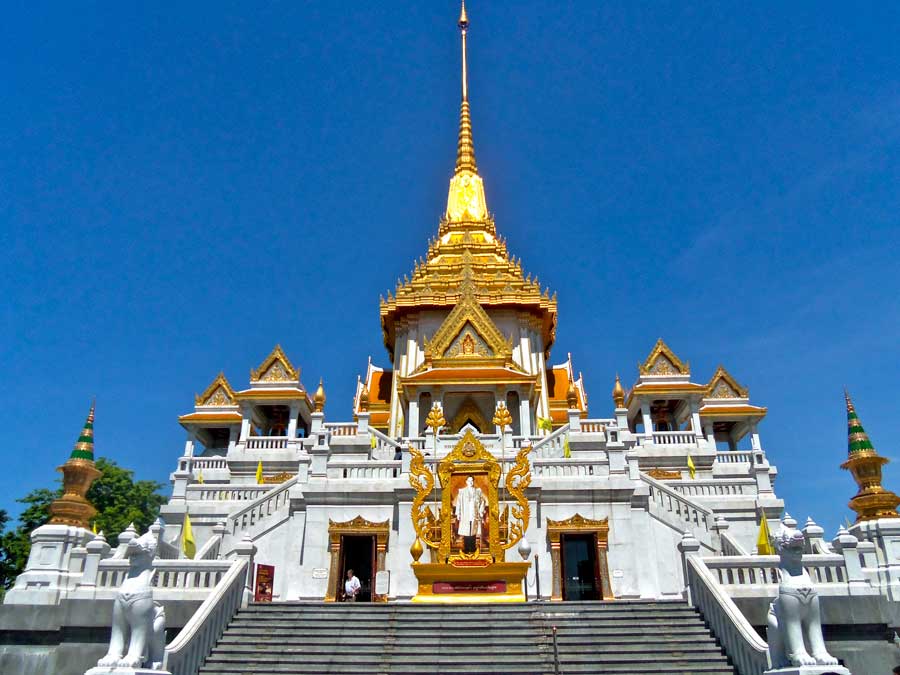 It is said that when the statue was made, the clever artisans disguised the statue of Budhha with stucco and plaster from the invading armies.

This statue was discovered accidentally when it was dropped in the 1950s while it was being moved. A beautiful solid gold Sukhothai style Buddha was revealed after the casing broke. The pieces of the plaster are still kept on display.

The temple is officially named Wat Traimit Withayaram Worawihan. The entrance fee of 10 Baht is to visit the museum located inside. Visiting the golden Buddha is free.

Wat Arun, known also as Wat Chaeng is situated on the western banks of the Chao Phraya River and is considered as one of the best places to see in Bangkok. It is one of the most magnificent temples in Bangkok as it gives a beautiful riverside view. 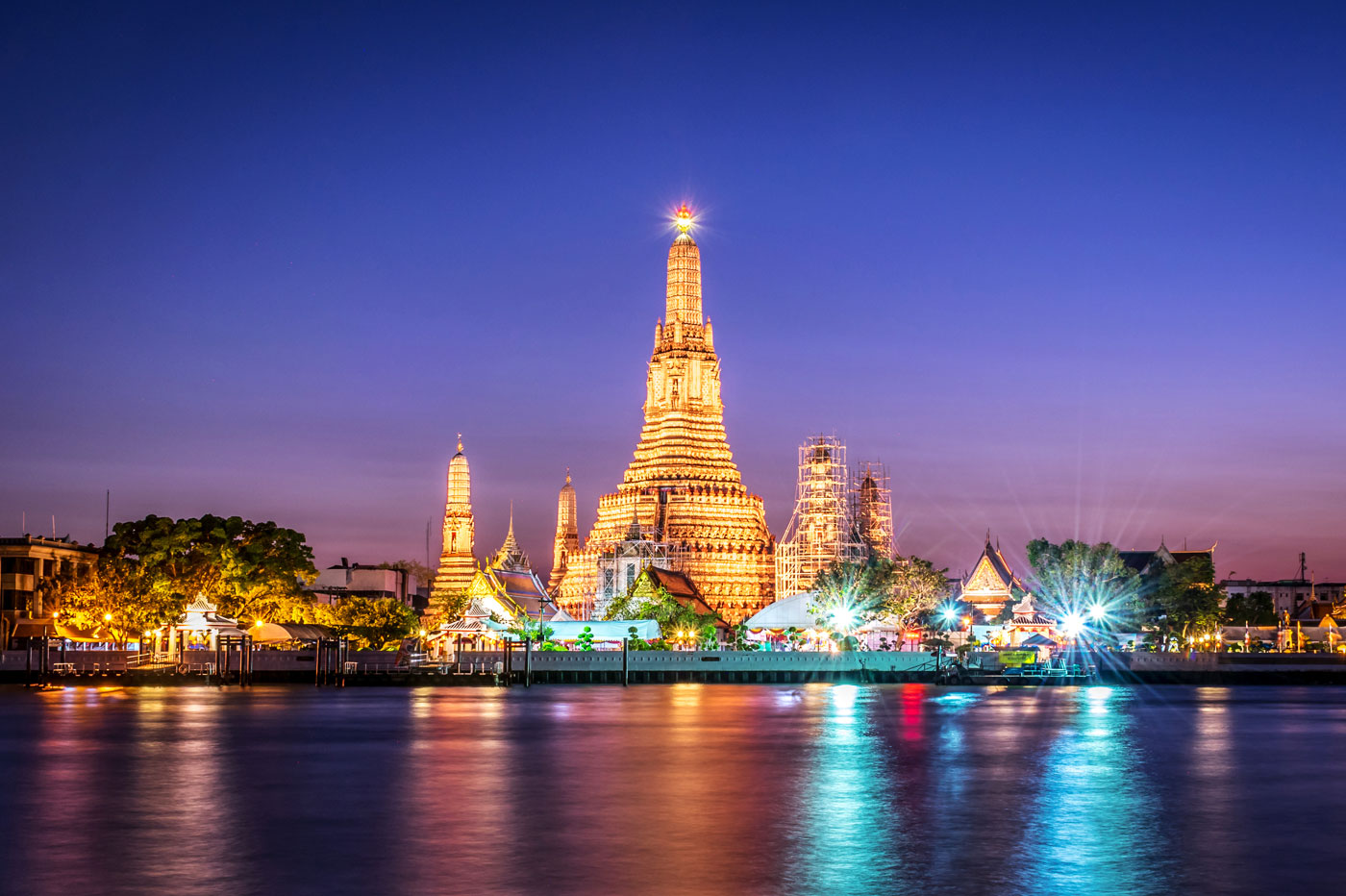 The meaning of Wat Arun is The Temple of the Lord of Dawn. The temple is  partly made up of colorfully adorned spires. Wat Arun is located just opposite to Wat Pho temple. You can easily get a boat from Saphan Taksin boat pier to pier 8, from where you will have to take a small shuttle boat.

The temple looks stunning during the sunset. You can enjoy immense peace during early morning. You will not find the crowd during this time and can enjoy the beauty of architecture and artistry of the temple leisurely.

Wat Prayoon or Wat Rua Lek, also situated on the western banks of the Chao Praya River, is one of the spiritual places to visit in Bangkok. The temple is located on the Thonburi side at the foot of Saphan Phut. The temple was built during King Rama III, of the Thai Rattanakosin Kingdom.

The outstanding features of the temple include a large inverted bell-shaped chedi, a pond for turtles where visitors can feed them. Turtle Mountain is an important highlight at Wat Prayoon. This is modeled after melted candle wax mould. These miniature houses showcase a mix of Eastern and Western architectural styles. This mount is surrounded by an artificial lake which is also a pleasant area. 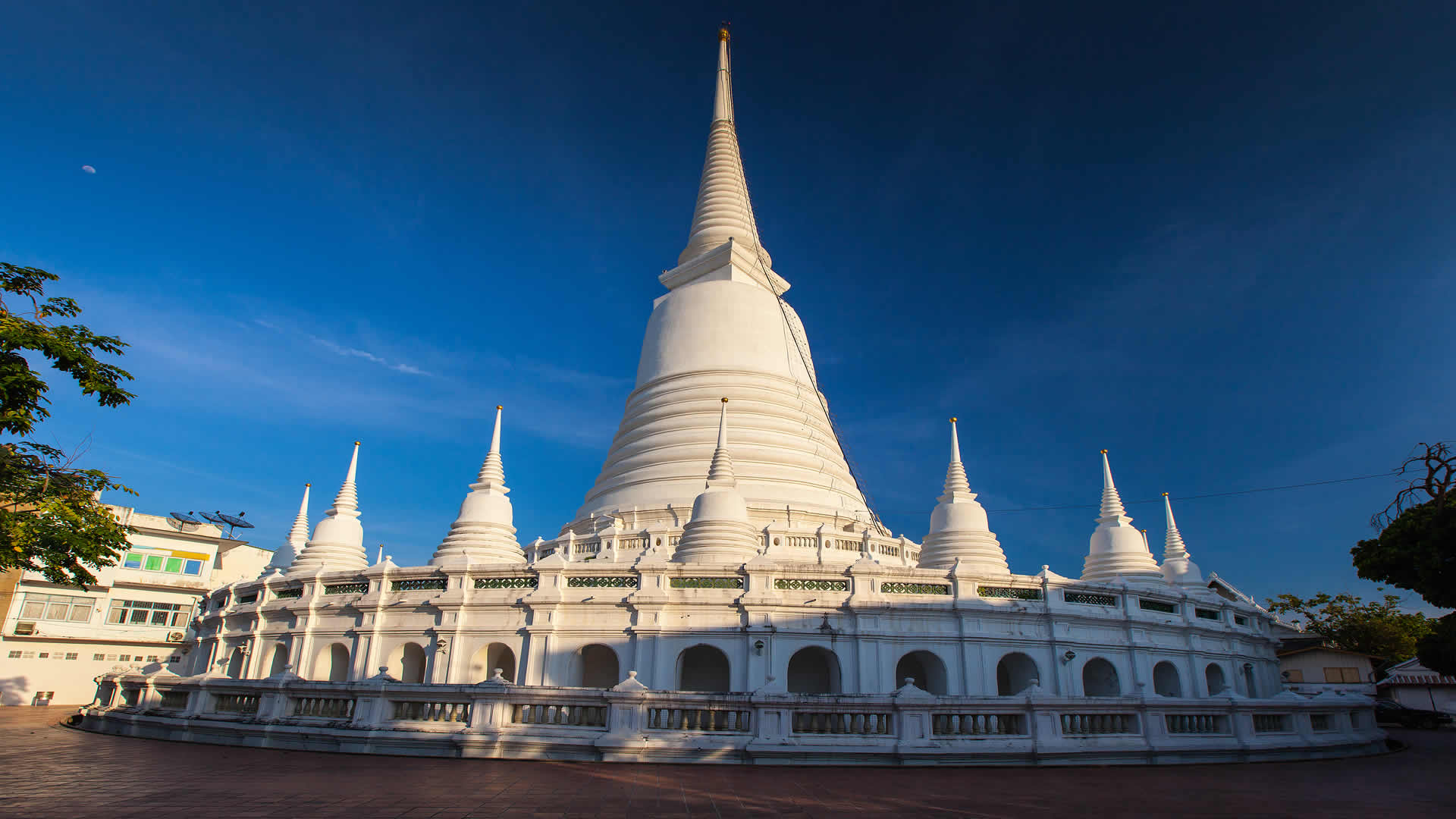 Wat Prayoon is a Buddhist temple that features typical structures like an ordination hall, assembly hall, meditation hall, and a library. The temple has a bright red 1.5 m tall iron fence shaped from ancient weapons such as lances, swords, and axes. You shouldn’t miss the Saphan Phut in the temple. You will find many relics of Buddha such as the bell-shaped Chedi.

It is quite impressive due to its height, size, and architectural features. There is a well-maintained museum just adjacent to the great Chedi which includes Buddha images, amulets, artifacts and many more. These extraordinary properties were excavated from underneath the Chedi during restoration in 2006.

There is no entry fee for Wat Prayoon temple.

The Lord Ganesh Shrine is situated next to Trimurty shrine near the Central World Plaza (earlier World Trade Centre), Bangkok. Lord Ganesha is frequently referred to as the Elephant God, the god of accomplishment, wisdom and wealth, the destroyer of evil and obstacles.

Ganesh Shrine is also considered as one of the best places to see in Bangkok. Lord Ganesha is very popular among career-oriented people especially students and teachers. They pray for good luck and wisdom. One can also offer flowers and incense sticks to God at this place. 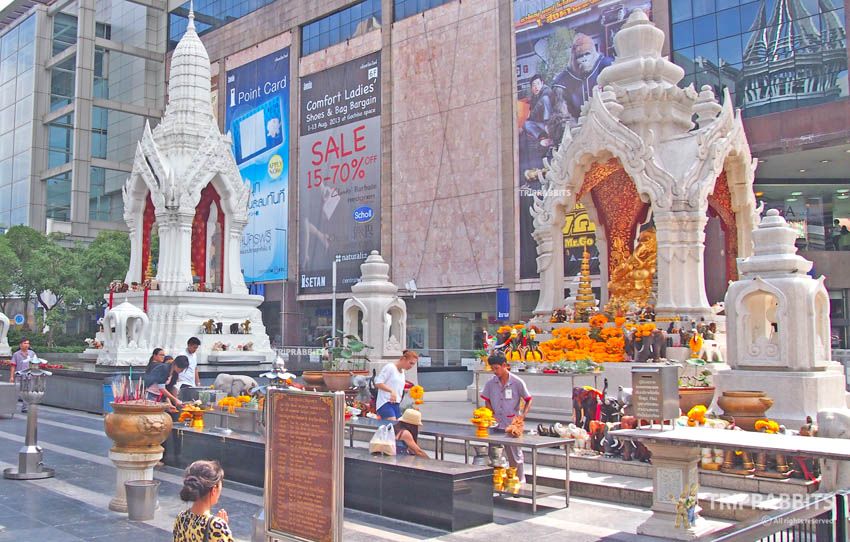 The worship of Lord Ganesha is another indication of the combination of Hindu deities in Thai rituals, instilled over the centuries. The devotees can be seen praying in the Shrine all day. You can find an intangible road to success by praying to the lord.

You can visit the temple any day. However, Tuesdays and Thursdays are believed to be auspicious to worship Lord Ganesh. 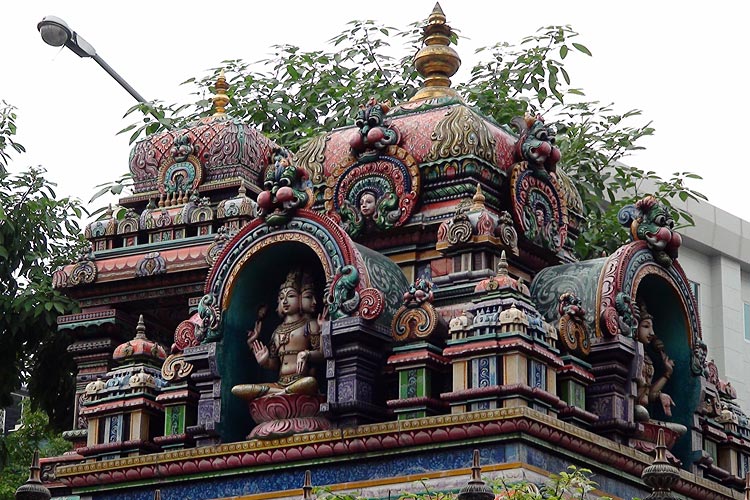 After the colonization of the British Raj, some people moved from Tamil Nadu to Thailand as gemstone traders. A leader of the group named Vaithi built this temple on Vithy Lane. The temple has three shrines: the Main deity is Maha Mariamman and the other two are dedicated to Lord Ganesh and Lord Kartik. The temple is constructed based on Gopuram style.

A fun loving guy moving in rock and roll and dreams to become a world traveler. Yes Indeed, I pen down my experiences for the off-beating path-loving travelers. 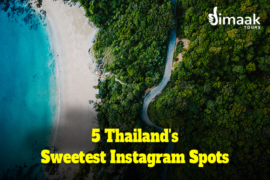 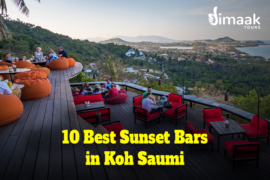 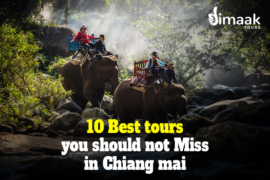